If You Love Meditation, You’ll Love These Books

Meditation isn’t solely a tool for relaxation. It’s also an important way to broaden your perspective and gain awareness. It isn’t, however, the only way to do this. There are many tools that those individuals who want to improve themselves and their senses can use. One such tool is books. Books have long been a means of developing our minds and increasing our awareness. So why not gloss over those must-read books that will nurture us on multiple levels:

Paulo Coelho has long been considered a modern classic. This short novella tells the story of Andalusian shepherd Santiago, who sets out on a vast journey across the world in search of treasure. The treasure that Santiago has in mind when he first sets out is a very material one. But in time it turns into a much bigger, much more different kind of wealth that he couldn’t have anticipated. At its heart, the novella is about not missing the opportunities that life throws at your and learning to interpret life itself. The Alchemist can only be defined as a story that demonstrates what we search for in life, what we should be searching for and what true wealth is.

Herman Hesse’s Siddhartha is another must-read classic that is a perfect synthesis of Buddhist philosophy and individual morality. A novel that’s served as an inspiration for many generations, Siddhartha tells the story of Indian Brahmin who comes from a very wealthy family and gives up all of it to embark on a more spiritual path. Despite this, the novel doesn’t serve as an informational pamphlet of Buddhism nor of any other religion. Instead it unites religious philosophy with a man’s search for the meaning of life, to create a new outlook on the lives that we lead.

Zen and the Art of Motorcycle Maintenance – Robert M. Pirsig

One of the most important books of the past century, Zen and the Art of Motorcycle Maintenance revolves around how we live life and how we could be living it better. The novel tells the story of a father and son that embark on a motorcycle tour of North America. Through this tour the story is able to hold the concepts of love and fear under careful scrutiny. Zen and the Art of Motorcycle Maintenance is a novel about growth, progress and maturation. It is at once a very deep, personal Odyssey and a study of how we might approach and overcome the obstacles that life throws in our way.

At first glance, Life of Pi appears to be a simple, fantastical novel. But it’s generally a good idea to not be fooled by appearances where Yann Martel is concerned. The same can be said of life.

The novel recounts the story of Piscine Molitor, nicknames Pi, who finds himself stranded on a boat, with a living, breathing tiger, in the middle of the ocean, after a shipwreck incident. Pi manages to survive under these brutal conditions for 227 days. However P’s impossible adventure isn’t just an epic tale of survival. It’s also an important lesson in how one might survive under the most difficult of situations, how one might even continue on one’s journey of personal growth and leap over the obstacles that look the tallest. Life of Pi is a novel for those moments where you ask yourself; how do I go forward from here?

Many a person has probably wished for a guide to life, at one point or another. The strange thing is Rumi’s Masnavi can be considered just that, if not more. It can be seen as a guide to life, as well as a guide to one’s self. Because after all, how can we find any meaning in life without first understanding ourselves? You might be wondering how a single book could serve such a purpose. In that case, taking an example from a single quote might help:

“If an individual wants to know who he is, he should look to those that he loves.”

You neither have to be a Buddhist nor faithful to any religion to turn the pages of The Art of Happiness, written by the spiritual leader of Tibet, the Nobel prize winning Dalai Lama. What you do need is a love of life and a desire to discover the meaning of happiness. And who better to help you with that that the ever-smiling Dalai Lama who believes that the meaning of life is Happiness?

Luckily, the Dalai Lama doesn’t just dole out bland pieces of advice in The Art of Happiness. Instead he shares snippets from conversations he’s had, his personal stories and private meditations and uncovers their depths and layers with the help of psychoanalyst Dr. Cutler. Thus the Dalai Lama shines a light on how we might be able handle tough emotions and situations that we experience every day such as anger, insecurity, disappointment, the end of relationships or the loss of loved ones.

The Little Prince is a novella that many remember having read when they were young. Therefore it has a bit of a reputation as a children’s novel. Yet it’s another one of those works whose appearance we must not be fooled by. A brilliant mixture of moral allegory and spiritual autobiography, The Little Prince tells the story of a young boy that sets out to discover the universe. The boy witnesses many extraordinary things along the journey, all of which pertain to a very adult world when you think about it. At times he’s confused by the realities that he witnesses, at others he discovers things about himself and the universe that he never knew before. But if there’s one thing that he undeniably, indisputably understands that the core of everything is nothing other or less than love.

The Power of Now –  Eckhart Tolle

Whenever you go to a bookstore, odds are you’ll encounter at least a hundred different self-help books. It’s therefore always helpful to approach these books with a bit of caution. However, if the the book in question is The Power of Now by Eckhart Tolle, there’s no harm in throwing caution to the wind and purchasing the book then and there. The premise of The Power of Now is as simple and easy to forget as it is powerful: the only way to achieve true happiness and enlightenment is to learn to live in the moment.

The reason the book is able to make an impression on the readers’ minds is Tolle’s flowing, original and exciting writing style. The relaxed, enjoyable style portrays how the daily thoughts that flit in and out of our minds and various emotions that we experience can get in the way of our happiness and enjoyment.

Cheryl Strayed’s autobiographical work, Wild, recounts a very dark time for the author when, after losing her mother she ended up getting a divorce, dropping out of school and turning to drugs for solace. After bottoming out, Strayed makes an impromptu decision to take camping and hiking trip of thousands of kilometers, despite having no experience with either. The trip quickly turns out to be the most difficult and terrifying things she’s undertaken and forces her to face her fears and loneliness. As she has no one to talk to for weeks, she’s unable to escape from the problems she’s been hiding from for so long and is therefore left with no alternative but to figure out how to move forward from now on, overcome her obstacles and live in the moment.Of course, not everyone has to go on such a dramatic trip in order to be able to figure these things out. Instead we can just pick up Cheryl Strayed’s Wild and try to figure out how be ourselves and deal with difficult emotions like grief.

Reasons To Stay Alive has a bit of a misleading name. Despite what you might think, it doesn’t list reasons for a person contemplating suicide to stay alive. Rather it explores reasons why we should all dive into life head first. This is a book that explores the beauty of life; those small but magical moments we might miss, the milliseconds where we might truly feel alive. This is a book that explores why we matter and how we might battle emotions and states such as depression, grief and worry. In short Reasons To Stay Alive is a funny, fun, joyous book that highlights the most important aspects of life we’re likely to miss. 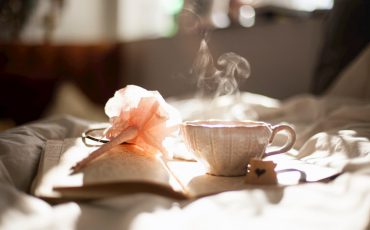 What is Self-compassion and Why Do We Need It?

Do you notice how you talk to yourself during the day? What are your judgments, assumptions and expectations of yourself telling you? When something goes wrong, we often judge ourselves harshly and make critical comments to ourselves. Check out this article to understand the root of this harsh attitude and discover the healing power of self-compassion in “making peace with yourself”. 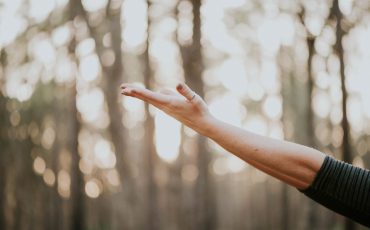 Expressing our Emotions During Meditation

Is it normal to experience sudden sensations during meditation? Can you experience physical reactions to your feelings? What should you do when these feelings arise? In this article, you will explore how emotions relate to thoughts and how this relationship takes shape as we get to know our minds better.

Your Emotions during the Transition from Summer to Autumn

Adapting to change is difficult for many of us. You may find the transition from summer to autumn particularly hard. Meanwhile, the whole world is trying to adapt to a disorienting ‘new normal’. So it’s completely natural to find this period challenging. In this article, you’ll find tips to help treat yourself with compassion by taking a closer look at your feelings.