Can You Be Addicted to Your Emotions?

We experience many different emotions during the day. Sadness, anger, happiness, longing, jealousy, resentment, suffering, joy and many more… These emotions make us who we are, and it’s perfectly normal to feel them. However, if we are experiencing some of them more often than the others, we need to look at it closer. Because we may be addicted to the emotions we feel frequently. For example, experiencing anger frequently, and being angry all the time when things don’t go in the way we want… This situation can be normalized as character trait or result of the current conditions, but it can also indicate addiction to anger…

How Do Emotions Emerge?

Every emotion that we classify as positive or negative is a mixture of chemicals, namely neurotransmitters and hormones, that our brain produces in response to thoughts. Neurotransmitters can be defined as an electrical substance that provides chemical transmission of conduction between nerves. Hormones, on the other hand, are the chemicals that regulate the functioning of organs and provide communication between them. We feel emotions in our brain as a result of the work of neurotransmitters and hormones. For the acceptance of these chemicals, there are receptors in our bodies. There are different receptors for all different emotions.The chemical released in the body matches its respective receptor and then we feel the relevant emotion. Although it sounds a bit complicated, the process is rather simple. Emotion emerges with the chemicals secreted in the body and the recipients of those chemicals. And we perceive the chemical reaction at the cellular level as emotion.

How Does the Emotion-Dependent Attitude Develop?

The number of receptors, determines the path to addiction. Let’s talk about a well-known addiction, smoking. Dopamine is the most popular addictive neurotransmitter we all hear all the time. The addiction of nicotine consumption is about dopamine release in the brain. While it is possible to trigger dopamine naturally, we provide a higher dose of stimulus with nicotine. The brain produces more receptors to meet the higher doses of dopamine. The increased number of receptors does not meet naturally triggered dopamine secretion. So the brain requires a more intensive release of dopamine. For this reason, the person goes towards the most practically accessible dopamine, that they introduced to their brain before, which is nicotine… So they smoke another cigarette to satisfy the brain’s needs. Nicotine addiction occurs at the end of this process.

When the brain is exposed to the same input for a long time, with or without our will, it begins to attach to that thing. It gets used to the existence of anything that is repeated, and when we stop doing it, the brain feels the lack of that thing. That’s why it is difficult to stop smoking…

Psychological dependence may also be in place; we may have developed a habit of doing the same thing and its results psychologically. It may seem quite difficult to leave, even if it is the logical thing to do. If the habits repeat themselves, they can become uncontrollable even if they are harmful. Mechanisms similar to any substance or smoking addiction may be involved if we don’t feel the flexibility to move beyond this.

We experience a similar process, when we develop an emotion-dependent attitude. We may have acquired a strict way of reacting to and feeding off of our emotions without realizing it. Although we cannot talk about emotion dependence on paper as an official diagnosis, there is a situation similar to addiction. Emotions are not like smoking or alcohol, but the presence of emotions is essential to us. We may not be dependent on what we feel in the same way that we are dependent on a cigarette, but it is possible to constantly turn to the same feelings with a similar attitude.

Picture someone who is always sad, always a victim or sufferer. Maybe they saw it from one of the family figures, or at some point in their life, everything really came upon them. It was quite functional and in place to feel and behave this way. And that person often felt that they were a victim at some point in their life, as learned from their eldest family, or triggered by their experiences. Every time they met this feeling, hormones and neurotransmitters were in charge and communicated chemicals to the concerned recipients .The brain began to receive them frequently, the number of receptors gradually increased, and now that feeling became like a piece of self. At this point, a process similar to addiction processes begins:

The person plays the role of victim thoroughly, and the brain is sensitized to the inputs and stimulant of the processes in which it is accustomed, and it can interpret each situation from the victim’s point of view, and it can switch to the emotions and the impulses of behavior very quickly. At the end, being a person of suffering seems to have been a constant feature of that person and may begin to affect their whole life.

How Can We Get Rid of Our Emotion-Dependent Attitude?

Substances such as cigarettes, drugs, alcohol are relatively more easily noticeable addictions. They can be detected through observed by the person themselves, or by a little attention from the close environment or a therapist. However, it is not easy to recognize an emotion-dependent attitude. It can be considered a characteristic feature. In addition, since we generally listen to the events straight from the person who is experiencing them, we tend to automatically assume that they’re the victim.

Therapist support is important in these cases, just like any other psychological problem. The first step that the scientists draw attention to for treatment, is awareness. Meditation is a very valuable guide to realize this non-physical, completely internal dependence. With  meditations on conscious awareness, we get to know our minds closely and see which thoughts and emotions are prone to them. And if there is an emotional obsession, we may be able to discover it.

Now turn around and look at yourself. Do you have an emotion that you experience it frequently and you feel that you’re stuck with it? If there is, meditation can help you see, accept and ultimately transform it. Remember, if believing is half of success, awareness is half of transformation. 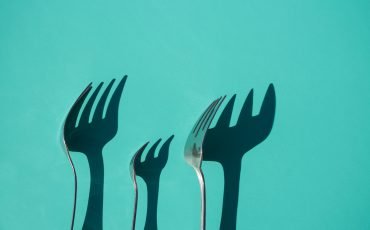 How to Eat Mindfully

Do you find it hard to find or maintain a diet that works for you? It’s normal for our eating habits to vary over time. In this article, you will find tips to help you examine your relationship with food with greater awareness. 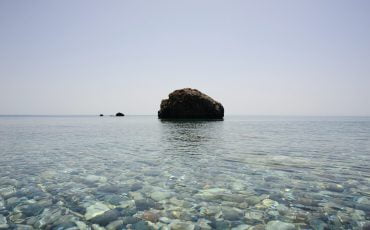 Are all our thoughts real?

Have you ever noticed that we act and live according to our own beliefs and story? In this article, we’ll discover that none of us can always be objective, and instead find a path to open and kind communication, taking into account our differences. 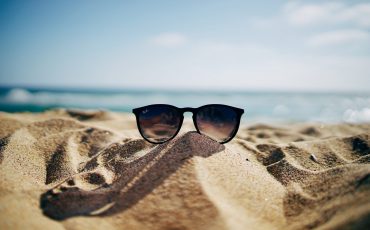 How to disconnect and actually enjoy your Summer

The summer holidays are starting! It’s time to take time off and recharge yourself to the fullest. Learn how to have a restorative holiday.