“Spare the rod and spoil the child” is a very old saying. It basically means what it sounds like: If you want a kid to behave you have to punish him when he misbehaves. But do you really? Can punishment really correct a child’s actions or attitude? Most experts these days agree that they don’t. But if punishment doesn’t work, then what does? What can we turn to in order to teach our kids right from wrong?

In recent years child psychologists have been trying to get a very important message across: Punishment doesn’t work. There may be some parents among you who disagree with that. You may say something like “But giving my kids a time out after they drew on the wall got them to stop.”

Well, the punishment you give your child may stop whatever he’s doing in that moment. But there’s a very real chance that your child will repeat the behavior that got him into trouble in the first place, once that moment passes. This is because punishment only targets the act or behavior that you want to stop. It, however, doesn’t target the underlying cause of that action. In other words, it may momentarily change a child’s behavior, though it won’t change his attitude. It won’t make her understand why what he or she did was wrong. And without that level of understanding, your child won’t necessarily be inclined to permanently change his or her behavior.

To give an example, if you punish your child for drawing on the walls, he won’t say to himself: “I shouldn’t draw on the walls because it’s very difficult for mom and dad to clean it up later on and they’re already very tired.” Instead, he’ll probably say: “I’m being punished for drawing. But I really want to finish my drawing, so I’ll continue when they’re not looking,” which may be a couple of days from now.

If not punishment, then what?

If we really want to change a child’s behavior, we need to do something that addresses the root cause of their actions. We know we can’t do that with punishment. So, what can we do it with? Well, recent studies show that meditation for kids often works much better than punishment can. Because meditation is about mindfulness and understanding, having a kid meditate on whatever it was that he did wrong will help him to understand why he’s acting out the way he is.

Say, for example, that you have two kids and they’re having an argument. One of your kids hits the other as they’re arguing. You have two choices: You can punish the kid who hit his sibling, or you can meditate with him on the fight and his actions. If you choose the first option, you won’t be quelling the first child’s anger. If anything, your kid might grow angrier and resentful of his sibling. If you meditate with him or have him meditate on the issue, however, you’ll allow him to discover and understand his own feelings. This way he’ll be able to understand why he suddenly got so angry and acted out the way he did. He’ll also be able to empathize with his sibling and see that he has actually hurt him. Once your kid understands both these things, he’ll be far more likely not to repeat the same behavior.

Over time and practice, once your child understands the reason behind his anger, he’ll be able to see ways he can deal with or express it that don’t involve physical violence. And once he understands the hurt he’s caused, he’ll be less likely to repeat his actions.

You might be thinking, “This all sounds well and good but can you prove it?” Actually, we can. A fair amount of schools across the world have begun providing short-term meditation periods to children who misbehave instead of sending them to detention. As detention is a form of punishment and the same children tend to repeatedly end up in detention, schools have long been searching for a way to break this pattern. The meditation periods have so far proved to be just what they’re looking for. Granted most of the meditation programs that these schools offer are preemptive measures. That is to say, they aim to eliminate the root causes of problematic behaviors before they ever occur, not after. However, the fact that these methods are now being employed by educational institutions and that they work proves just how effective meditation can be in modifying a child’s behavior and attitude.

Take Patterson High School for instance. Patterson High was one of the schools that replaced detention with short-term meditation periods. Before the change was made approximately 49 students were suspended for physical fights on school grounds. After the change, this number dropped to 23. Similarly, the number of verbal altercations in classrooms dropped from 36 to 17. Even things like attendance and average GPA improved. While the attendance rate of the school increased by almost 3%, the average GPA of ninth-graders, for example, rose from 1.06 to 1.51. The meditation periods might not have been prescribed to a student after he got a bad grade, for example. But because the child in question was given the opportunity to meditate regularly, he was also given the opportunity to understand the causes of his stress and the reasons behind his actions – such as not paying attention in class – better. He was, therefore, able to modify it and raise his GPA.

Why does meditation work better than punishment?

So, why is this the case? Why does meditation seem to work better than punishment; the rod that parents have relied on for generations? We’ve already said that meditation can help kids better understand the root causes of their actions. But let’s expand on that a little more.

A study that was published in the Journal of Abnormal Child Psychology in 2010 found that mindfulness-based approaches, like meditation, reduces problematic responses to stress. When a child acts out he doesn’t usually do it because he wants to hurt anyone. It’s because he’s undergoing something stressful and either reacting to it or acting out because of it.

Let’s say that you and partner aren’t getting along and keep having fights around the house. No matter how much you try to keep this from affecting your kid, he either hears your fights or notices how tense you are around each other. In other words, he picks up on the stress around the house and becomes stressed as a result. Unsure of what to do with this stress, he acts out and say, pushes his little brother. Punishing your kid in this instance won’t help. It won’t unearth the stress that’s causing him to behave this way. So, he won’t really be able to change his behavior. Having him meditate on his behavior, however, and then later talk about his feelings, however, will help him acknowledge and address his stress in a healthy way.

Meditating regularly will help him become more aware of stressful thoughts that drive similar actions. As a result, in time he’ll experience fewer intrusive thoughts and a lower level of emotional arousal. That is to say, emotions such as anger, fear, and stress that drove him to push his brother won’t spike as much or as forcefully as they once did. When they do, he’ll have gained the ability to step back, observe his feeling and act from a position of understanding, thereby modifying his behavior.

Mindfulness and meditation are about learning how to pay attention to our thoughts and feelings without judging ourselves. So, teaching our kids to meditate is giving them the ability to realize when they’re angry, understand that it’s ok to feel this way but that it’s not ok to act out with that anger. Thanks to this understanding, our kids will be able to find alternative ways of expressing their emotions, instead of being swept away by them. 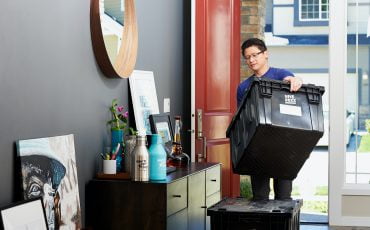 6 Tips for Moving to a New Location

We all go through changes in our lives, small or big. But how do we deal with things when everything changes?

What are Anxiety Disorders and Why Should They be Taken Seriously?

We all may possibly live with an anxiety disorder at some point in our lives. Find out more about these disorders and how mindfulness techniques and meditation may help us deal with them. 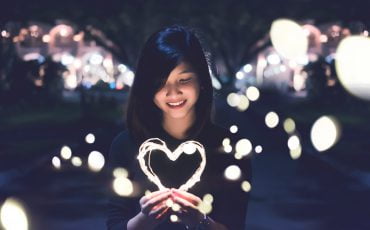 We’ve become so used to thinking before we act, choosing caution over impulsivity, and reason over spontaneity. But is it possible that we have learned to overthink and that it is to the detriment of our intuition?