The Making of an Emotionally Available Father

by Christine Taylor
1614
On behalf of our brothers, sons, and fathers, we need to acknowledge and work through the culture of shame that stunts mens’ ability to be more emotionally involved and vulnerable within their family structure. 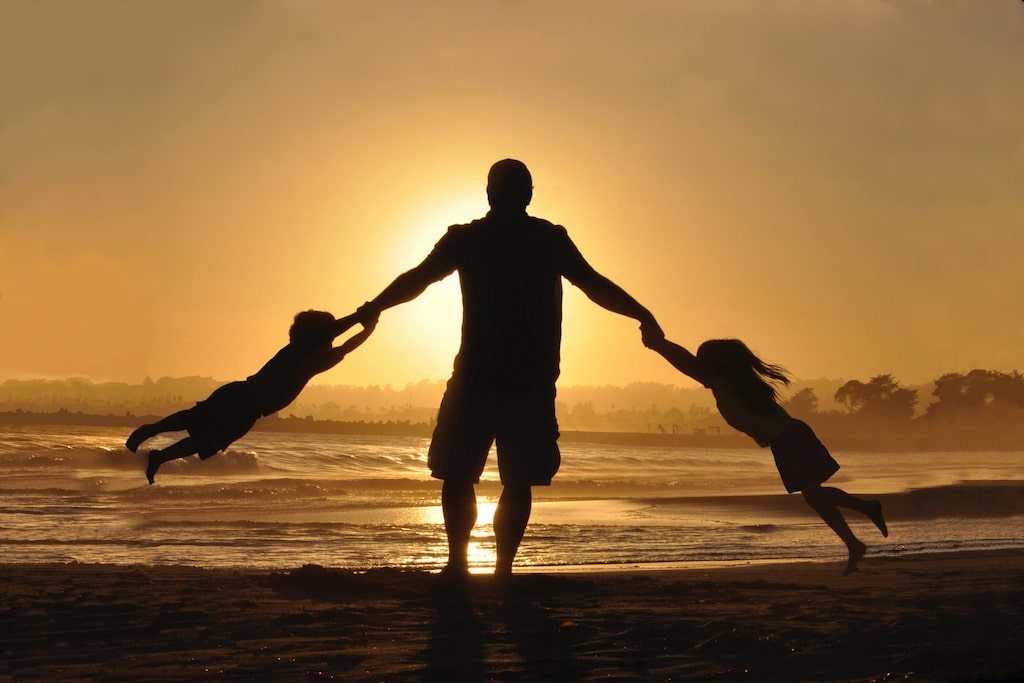 On this Father’s Day, we at Meditopia wanted to discuss a topic that we believe is more relevant than ever to fathers all over the world. In recent years and in many parts of the world, fathers have started to take on a bigger role in the management of the household and child-rearing responsibilities. With this transition, just as the expectations around the role of a mother have evolved, so have the expectations for fathers. Part of this change has involved an ever-growing expectation for fathers to be more emotionally involved, vulnerable, and open within their families and communities. Yet these expectations are met with many challenges we all must help to change.

On behalf of our brothers, sons, fathers, and friends, we need to acknowledge and work through the culture of shame that stunts men’s ability to be more emotionally involved and vulnerable within their family structure.

In this article, we’ll discuss some of the main sources of fear and shame men often experience and consider how this prevents them from being able to be more vulnerable, empathetic, compassionate, and loving.

These are the character traits that were shown to be most prominent in how men feel they must adhere to gender norms and expectations in society. This study done by Mahalik at Boston College highlights the different gender role norms and brings to light what we have all witnessed and even perhaps participated in throughout our lives. And just in case you were curious, the main character traits women generally feel obliged to follow were: be nice, thin, modest, and use all available resources for appearance. Strikes an uncomfortable nerve doesn’t it?

Think about the men and boys in your life. Do you think that any of them feel the pressure to always remain emotionally stoic, no matter how fearful, heartbroken, or unsure they may feel? The whole family can fall apart, but the men and boys must stay strong, be tough, and guard their families from further distress and pain. They should be the all-knowing, all-fixing, ‘hold-down-the-fort’ handymen of the family. Sound familiar? That’s because there’s still a deep-seated expectation for men to never show weakness or uncertainty. And in a world where vulnerability is still often perceieved as weakness, we can then never expect men to prioritize reason over honor, authenticity over reputation, uncertainty over control, and integrity over status.

Boys will be boys, but what about girls?

An on-going study by Dr. Brene Brown revealed that many men are feeling this expectation to be more emotionally vulnerable and open with their partners and family. Yet even in delivering on this expectation, they still don’t feel safe to let their guard down. In several interviews there were comments like, “I pretend to be vulnerable, but I keep it under control,” or “I give her enough to believe I’m being open because if I were totally truthful about how afraid or out of control I feel, she would judge me.” Brown went further to reveal that most men and boys she interviewed didn’t feel this way because of the pressure they got from their bosses, friends, coaches, or even colleagues. The resounding answer they gave when asked from whom they felt the most pressure to be strong, physically fit, financially sound, and secure was: women.

As I read through the comments made by several men, I was hit with a flood of instances in which I had witnessed the exact behaviors they were describing. But truthfully, I had always somewhat dismissed men’s problems, comparing them to the mountain of injustices and challenges women face. Though as I continued to read Brown’s Daring Greatly, I realized that not only is it narrow-minded and unfair to compare one person’s shame and fears to another’s. In this particular case, by trivializing the feelings and challenges men face, I was not only exacerbating the patriarchal system which limited my own interests, but avoiding a conversation that I as a woman so vehemently demanded on behalf of my gender group.

From boys, to men, to fathers.

Think about the instances when you’ve witnessed or participated in reinforcing these limiting gender norms. Making fun of a guy for having no sense of direction, assuming the guy in the group would know how to fix something, telling a teenage boy to toughen up, or telling our young men that they need to stay strong and not cry. All of these received signals and demands over a boy’s life soon result in the men who become fathers feeling unable to be honest and authentic about how they’re feeling, what they fear, and what they need from their partners and family. It’s the same crippling pressure we as women can feel to be demure, attractive, nice, and agreeable. All of these expectations limit our potential not only as individuals but as a society.

Let us consider the kind of men we want our boys and young men to grow into. The fathers that they will be are the boys that we are molding and teaching today. Imagine a world where fathers felt safe to be vulnerable, emotionally open, and honest about their uncertainties and weaknesses without fear of being shamed for it. Imagine a world where women didn’t feel uncomfortable or cower at the sight of a man showing vulnerability. Imagine a marriage, where you can go home and know that your vulnerability will be honored as courage and honesty, and that you’ll find support.

Yes, it will take work, a lot of introspection, and uncomfortable conversations with our loved one, but I can think of no better way to start a new tradition of honesty and authenticity within our family structures.

Christine is a multi-passionate professional who’s dabbled in healthcare, tech, marketing, and business development across six countries. When she’s not enjoying her role as Head of Business Development at Meditopia, you can find her trying to master rollerskating (it’s harder than it looks!) and making siestas a globally-adopted habit.