Is Meditation Just a Trend?

When I initially started meditating, I was surprised at how judgemental and vocal people were about it. I was often accused of only meditating “for the gram” or because it’s become a new trend in pop culture. After hearing this so many times, I now generally keep quiet about this habit of mine, unwilling to see faces of judgement or doubt. Between people who believe it to be another snake-charming trick and people who only do it for a cool Instagram picture, I’m made to feel as though I’m doing something either out of vanity or because I’ve ‘fallen for a trick’. Frankly, though, I’ve gotten to a point now where the benefits I experience from meditation have convinced me to come out and announce my devotion to this practice! So here it goes. My name is Elizabeth, I suffer from chronic stress and am a serial meditator.

The stigma around meditation

It should come as no surprise to anyone that meditation is seen as the “hot, new thing”. You log onto Instagram and immediately see three posts of people meditating in the lotus position. You go on Twitter and one of the first Tweets on your newsfeed is inevitably about how great meditation is. Now, I’m clearly not against meditation. Nor am I against people sharing their experiences with meditation. In fact, I’m glad they do. I find it to be a good way of sharing with others something that’s been beneficial for you. However, while there are so many people share their experiences like this, there are a group of people that have come to view meditation as merely a fad—something trendy that “millennials” get hooked on for a while.

This often puts a negative connotation in the word ‘meditation’ and makes me feel uncomfortable even uttering the words “I meditate”. Over time, I’ve become accustomed to hearing questions like “Really? You’re into that?” or back-handed comments like “Oh, so you’re going along with the hipster fad now, huh?”. Hearing these types of comments can be unsettling and frustrating. It’s not only unfair to me and others who have experienced such powerful benefits from meditation, but it also does a disservice to meditation as a topic. Meditation can have tremendous benefits for people’s mental and physical health, and to shame those who are trying to practice these techniques can prevent others who really need it from trying.

The History of Meditation

The idea the meditation is a trend implies that it’s new, and yet that couldn’t be further from the truth. Meditation is actually one of the oldest practices in the world. The earliest references to it can be traced back to paintings of people in the lotus position around 5000 BCE. The earliest references to breath focus meditation, however, come from the Rig Veda, around 1200 BCE.

The most famous story involving mediation, of course is that of  the Buddha, meditating under a Bodhi Tree in 500 BC. Thereafter, in the 8th century a Japanese monk called Dosho was taught the art of Zen during a visit to China. Upon his return to Japan, Dosho opened up the first ever meditation hall and wrote down an instruction book on sitting meditation called “Zazen”.

Meditation didn’t gain a following in the West until the mid-20th century. In the 1960s and 70s academicians and researchers became interested in meditation and started to scientifically study its effects. Dr. Herbert Benson of Harvard University was a pioneer in this initiative. Dr. Benson conducted a series of studies at Harvard in the 70s that proved the many benefits of meditation. He then went on to publish many articles on his findings and later wrote a book called The Relaxation Response. This book effectively explains how meditation acts as an antidote to stress.

What Is Chronic Stress and How Does It Affect The Body?

To understand why meditation is important, we must first understand what stress is and what it does to the human body. Stress is a physical response we have under a myriad of conditions, and it is in fact part of our survival instincts. When a person is stressed, their mind goes into “the fight or flight” response. In this state, a person’s blood pressure will elevate and their consumption of oxygen will increase along with their breathing and heart rate. If you only feel stressed every once in a while, then this won’t be a problem for you. Yet if you’re like me and you get immensely stressed at the slightest thing, like an appointment you have to get to, a call you have to make or a deadline you have to meet, then you’ll be in a near-constant state of stress. This is called chronic stress. In this state, your blood pressure, heart rate and oxygen consumption will always be high. Consider the impact this can have on your body.

Speaking from experience and research, I can say with absolute certainty that chronic stress and anxiety do have detrimental impacts on your physical and mental health. These include, but are not limited to: tense muscles, migraines, elevated blood pressure, panic attacks, and depression. These can lead to heart attacks, hyperventilation, chest pains, and chronic exhaustion. During the worst of my anxiety attacks, I felt a number of these symptoms; I was unable to breath at a normal rate, my body and chest flushed, my heart was pounding in my throat, and I constantly felt on edge.

Meditation As An Antidote to Stress

As bad a situation as this was, I had no idea how to overcome it. Then, one day, I was at the campus library with a classmate. I was working on a paper that I needed to finish, but I was so stressed about meeting the deadline that I was practically shaking with panic and was unable to make any headway. I was barreling into a panic attack and I could feel it.

Fortunately, my friend, Ruth, could see that I wasn’t in a good place and offered for us to go get some tea. I tried to say something about my paper, but she would hear none of it. She dragged me to the library café, sat me down with some herbal tea and asked, “Why are you so stressed?”. I explained about my paper and the deadline. She listened patiently, asked me questions about how I was feeling and why and helped me to understand that I had plenty of time. As I began to calm down, take deeper breaths and feel my heart slowing down, she asked me if I had ever tried meditation. I’m sad to say that I reacted with some of the same cynicism and doubt I critisize other form when she mentioned meditation.

I knew meditation was a fad and I didn’t feel any intense opposition toward it, though I wasn’t necessarily convinced it would have any effect on me. Ruth shared with me some of her own struggles with anxiety and the relief and sense of calm she was able to get from meditating consistently. Although our daily routines are so busy and chaotic, with meditation programs that you can connect to on your smartphone, you can pause any time during the day and whether it’s for 5 minutes or 30 minutes, you can recenter and connect with that inner sense of calm. On Ruth’s suggestion, I started trying Meditopia’s app meditations; we made a deal that I would give it at least two weeks worth of my dedication and effort. That’s it–just two weeks. If it helped, I’d keep going. If it didn’t, then I would drop it.

Feeling Like You Can’t Do It – Until You Can

I sat down with the app the next morning, figuring I’d get it over with as quickly as possible. The first few times I meditated, all I could feel was a swelling impatience. But determined to make it through two weeks, I breathed through it, focusing on the rise and fall of my chest, just as the woman in the app was saying.

I didn’t notice any immediate effects in the following days and was convinced that it wasn’t working. Then, after my fourth or fifth day, I was back at the library to finish another paper. The deadline was in two days and I could feel myself getting stressed. I then paused, and started doing the meditation breathing exercises as I was working on my paper, without even realizing it. As I did this, my breath caught in my throat. It suddenly occurred to me that I was much calmer as I worked on my project. So, I pulled out my phone, put on my headphones, picked a meditation on stress and gave myself a ten-minute break. It was amazing how much more relaxed my muscles were, how much calmer my heart was. It was even more amazing how much faster I was now working.

This was a little over a year ago. These days, I meditate regularly. I generally do so first-thing in the morning, though sometimes I feel the need to give myself a little break during the day. So, I pause my work, put on my headphones and give myself that pause.

I haven’t had a single panic attack since I started using Meditopia. Nor have I had any chest pains or migraines like I did before. Meditation has helped me to come a long way with regards to my mental and physical health.

It’s because of this incredibly transformative journey I’ve had with meditation, that I get so frustrated and bothered when someone accuses me of doing this solely because it’s a trend. There may be some people out there who are trying it for this reason, yet to dismiss meditation as a “trend” is to dismiss all of its benefits. What’s more, is that it can put someone off who really needs meditation in the same way I did.

Being able to share my story on this platform, I would welcome us to share more stories about how beneficial meditation has been for us in finally eradicating this stigma and judgement around meditation.

You can share your stories or opinions below in the comments section. Thank you all for listening. 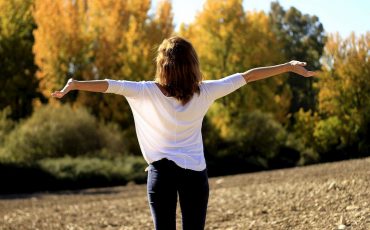 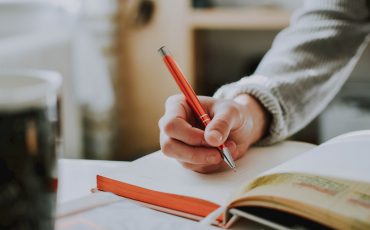 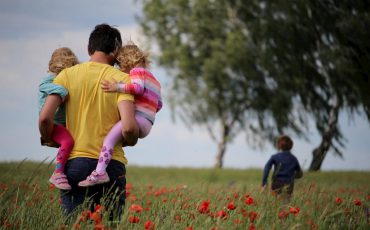