How Meditation Changes the Brain

If you’re like me, odds are you used to laugh at the idea that meditation can change a person’s outlook. Odds also are that at one point you said to yourself, “So many people are into this thing. What if they’re on the something?” If you did, then you probably witnessed how meditation changed your life. Of course, there may still be some among you that deem this claim ridiculous. These people are likely to say, “I don’t believe anything I don’t see with my own eyes.” But what if you could physically see the change that meditation brings? Today this is a genuine possibility. Because a short while ago a Harvard scientist documented the physical change that meditation causes in the human brain.

Can meditation rewire the brain?

Sarah Lazar is a neuroscientist that works at the Massachusetts General Hospital and the Harvard Medical Institute. Lazar grew interested in meditation when she was training for the Boston Marathon. While training she took yoga classes and found her teacher’s assertions that breathing exercises and meditation can change a person’s life ridiculous. However a couple of weeks later she realised that she was indeed calmer. This realization pulled her to her lab where she decided to conduct research into meditation.

Lazar chose two test groups for her research. The first group consisted of people who had been into meditation for a long time. The second group consisted of people that had never meditated. Lazar took brain scans of both groups. These scans showed that certain regions of the brains of the first group were larger than those of the second group. In general the areas of the brain that control emotions, memory and senses were larger in the group that meditated than the group that didn’t meditate. This meant that meditators had better control of their emotions, sharper senses and better memories. As you may know, the area in the brain that control a person’s memories is the frontal cortex. As we grow older, our frontal cortex shrinks, making it difficult for us to recall certain things. However this was not the case for the people that meditated. In fact, it was found that the frontal cortex of individuals that were 50-years-old and meditated were the same size as those of 25-year-olds. This meant that they were able to recall things as easily as a 25-year-old!

How long does it take for meditation to change the brain?

Of course, one test isn’t enough to arrive at a definitive conclusion. So, Lazar prepared a second test. This time she chose a group that had never meditated and assigned an 8-week meditation program to them. She took scans of group members’ brains before and after they started their program. The result was surprising: in just 8 weeks certain areas of her subjects’ brains had noticeably expanded. The areas that had expanded were regions that controlled emotions, empathy, compassion, worry, fear and stress. This meant that these individuals now had better control of their emotions, could empathize, reduce stress and better manage fear and anxiety. Their brains had physically changed in the span of two months.

There are still many tests that need to be conducted on meditation and many more things to discover about it. But it nonetheless can’t be denied that meditation not only can change the life of a human being but his brain as well.

Zeynep Şen graduated in 2015 from Sarah Lawrence College with a BA in Creative Writing and Spanish. She then worked at a literary agency in New York before coming back to Istanbul, doing translations for different publishers such as Dogan Kitap and Nora Nemesis. Additionally, she works as a columnist for Varlık, the oldest literary review in Turkey. Her writings have appeared in various publications from Sabit Fikir, to Kafka Okur, to New York Journal of Books, to the Society and Diplomatic Review. She joined the Meditopia team three years ago as a resident story writer.
Ready for transformation?
Join Meditopia free for 7 days.
Try it for free! 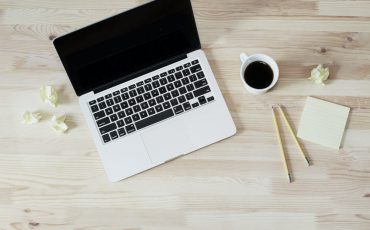 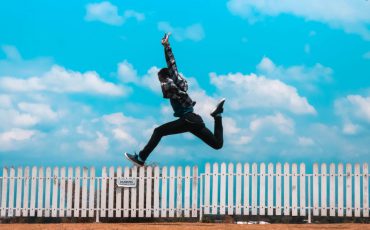 Self-Confidence: Discover the power of believing in yourself

Self-confidence is a concept that greatly affects our daily lives. As our self-confidence increases, we tend to perform better at work, experience more fulfilling relationships, and we don’t hesitate to seek out and explore new experiences.