How to Form A Long Term Habit

The key to reaping the most benefits of mindfulness meditation is continuity and consistency. Like with all habits, we have to make an effort to make meditation a regular part of our daily lives and routines. Yet as we all know, trying to form a new, healthy habit can be more difficult than we wish it was, especially when we first start out. Why is that? Why do we struggle when we try to adopt a new habit or change our existing routines?

What Is A Habit Anyways?

A habit is defined as a settled, regular tendency or practice. The more regular it is, the harder it is to give up. This habit could be any number of things: Drinking a cup of coffee at breakfast, having a smoke right after lunch, enjoying a midnight snack every night, watching TV every night after work… Good or bad, these behaviors are fixed parts of our lives, but whatever they may be, they are made up of three stages: The Cue, The Routine and The Reward.

If you’ve ever read a theatre script, you’ve most likely encountered these phrases: cue the lights, cue the music… A cue signals for an action to be taken. For example, if we’re in the habit of having coffee when we wake up, then turning the coffee machine on might be our cue. Or if we always smoke after lunch, then ordering a coffee to go with our smoke may be our cue. Whatever our cues may be, if we take the time to observe our habits from a distance, we can see that they almost always start with the same one.

Our routine is the behavior we automatically engage in, once we receive our cue. We’re a bit like actors in this respect. The lights go on and we know exactly where to go on stage, what hand gestures to do and what lines to speak. And we rarely deviate.

The reward is the enjoyment or “fix” that we get from our habit. We don’t always necessarily feel happy or fulfilled about it, but on a basic level, we’re satisfied. The smell and taste of that coffee, how it feels drawing in that first breath from our smoke…

How can we change our habits and adopt new ones?

Changing our habits or adopting new ones like meditation takes a conscious effort. We have to actively make sure to include this new habit into our lives on a consistent basis until our minds form a link between that routine and its cue. The more we engage in this routine after our cue, the stronger that link becomes and the harder it is to break our habit.

Swapping one routine for another is an easier way of changing habits. For example, let’s say we want to stop drinking coffee first thing in the morning. In order to be able to do so, we must first change our morning routine. If our routine is to turn the coffee machine on right after we wake up, then replacing it with some other activity, like boiling water for a cup of tea will help us a great deal. By not engaging in the cue that starts off our routine, we’ll be able to disengage from that routine. And by filling the space of time we normally devote to our habit to something else, like drinking tea instead of coffee we will be able to weaken our habit and thus break it in time. Some other scenarios might look like this: Instead of having an alcoholic drink every night, make yourself a virgin cocktail instead. Instead of looking at your phone every night before bed, read a book or magazine in bed. Instead of reaching for a bag of cookies, first try to eat some fruit with dark chocolate. These small shifts in our habits can end up making a big difference in the long-run.

There’s a common misconception that it takes 21 days to form a habit. This isn’t necessarily true. In some cases, it can take 21 days to change or adopt a new habit, like drinking a glass of water before having breakfast. In other cases, however, it can take us longer. According to a recent study done by the University College of London, it actually can take up to 66 days. Why? Because some habits are harder to pick up or break than others. Additionally, some people are genetically more resistant to adopting new habits and breaking old ones. That being said, it’s important that we are patient with ourselves when we’re trying to make changes in our daily lives. Beating yourself up and being hard on yourself when you have any setbacks is not as helpful to you as pausing and trying to understand what triggered you to engage in your old habits. If you binged on a bag of cookies, rather than criticizing yourself, ask yourself what emotions, thoughts, and situations triggered that binge. If you smoked a cigarette after two weeks of quitting, take a moment to observe the thoughts and emotions that led to you buying that new pack. Just because we’re having a difficult time and falling every now and then doesn’t mean we’re failing at what we’re trying to do. If that were the case, none of us would have been able to learn to walk when we were infants, not after the number of times we tried to get up to our feet and fell back down. So be patient with yourself. You deserve it.

Change Your Habits For The Future ‘YOU’ You Want To Be

Every one of us has habits we wish we could change. Many of us have successfully adopted new habits, quit old ones and are right now in the midst of trying to change current routines. If you think about it, we’ve been doing this our whole lives; switching from diapers to underwear, a bottle to a cup, school life to work life, and the many adjustments we must make when we decide to have a family. We know how to shift and change our habits already, yet most of the time it’s because we have no choice—that certainly makes it a lot easier. Yet let’s challenge ourselves. Right now, identify one habit you want to change and consider what the future ‘you’ looks like without this habit. How will changing this habit change your life and routine? What are some other habits you can swap with that habit? If you’d like, you can write what the habit is on a piece of paper and place it somewhere that may be your cue to act on that habit. If it’s eating junk food, put it near the pantry, if it’s smoking, put it on your computer screen or in your wallet, if it’s looking at your phone before bed, place it next to your bedside. You are worth the effort to change this habit and the future you will be grateful for it!

As always, we’d love to hear your comments and suggestions on effective ways you’ve found to help you change certain habits and adopt new ones. We’d also love to know if meditation has helped you change any habits and if so, how?

Zeynep Şen graduated in 2015 from Sarah Lawrence College with a BA in Creative Writing and Spanish. She then worked at a literary agency in New York before coming back to Istanbul, doing translations for different publishers such as Dogan Kitap and Nora Nemesis. Additionally, she works as a columnist for Varlık, the oldest literary review in Turkey. Her writings have appeared in various publications from Sabit Fikir, to Kafka Okur, to New York Journal of Books, to the Society and Diplomatic Review. She joined the Meditopia team three years ago as a resident story writer.
Ready for transformation?
Join Meditopia free for 7 days.
Try it for free! 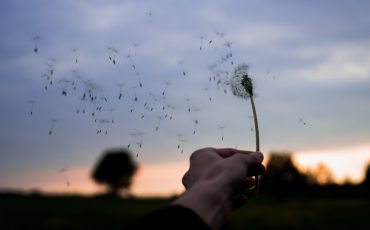 We use a particular kind of language in meditation practices. That’s why some concepts you come across may sound confusing. This article will guide you through some meditations terms to help you deepen your understanding. Let’s dive in! 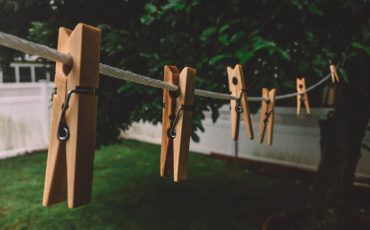 How to Turn Daily Activities into Mindfulness Exercises

It’s a great practice to turn daily activities into mindfulness practices and be able to savor the simple joys of ordinary activities. To do so, we don’t need to have extraordinary experiences. On the contrary, our life often gets more meaningful and enjoyable as we cherish these small, ordinary moments. 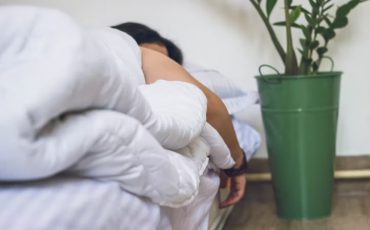 How Sleep Changes Throughout Our Lives

Discover how and why your sleep changes throughout your life!