14 Facts About the History of Meditation

by Angel Lebailly
11940
Discover the roots of meditation, stretching from Ancient India, China, and Burma, to its more recent impact on the Western world. Learn more about the origins of common meditative practices.

The art of meditation can be traced back to 5,000 BC. The word itself comes from the Latin word “meditatum”, which means to ponder. Although the origins of meditation are not entirely clear, there is widespread evidence of meditative practices throughout the Eastern world, from India to China. In this article, we reveal unknown facts about the history of meditation and provide a new perspective on this always enchanting practice, which experienced a surge of popularity in the mid-20th century. From philosophy to religion, meditation has had a profound impact on humanity.

Fact 1: Meditation was born in India

Wall art dating from around 5,000 BC found in caves in India depict religious believers meditating. Later on, around 1,500 BC, experts believe that the Vedas (ancient Indian texts) allude to meditation practices, probably mantra or gazing meditation.

Originally in oral form, the Vedas were transcribed into written texts and constitute the backbone of ancient Hinduism. The Vedas gave birth to spirituality, philosophy, and so-called Vendatism (a school of Indian philosophy), and meditation is at the epicenter of its rituals and practices.

In 600 BC in India, Buddhism was born with Siddhartha Gautama (the Buddha) — a prince, spiritual teacher, meditator, and philosopher who abandoned royal life to seek enlightenment. In Buddhism, meditation is linked to bhāvanā — a Buddhist practice meaning cultivating, producing, and calling into existence— and dhyāna — training of the mind that leads to a state of awareness and involves removing senses and impressions from the mind.

Here are some common types of Buddhist meditation:

Around the same time as Buddha expanded meditation in India, other religions in Asia also developed with meditation as a key component of their teachings and practices.

Fact 4: The Patanjali definition of yoga and meditation

Around 400-100 BC, a sage in India produced the Yoga Sutras, a collection of 196 Sanskrit sutras divided into 4 books that describe the purpose of yoga and meditation.

Again between 400-100 BC, an important spiritual book or poem referred to as the Gita also explains the practice of yoga and meditation. In the Gita, a yogi is described as someone who practices yoga detached from rewards and has attained the goal of meditation.

In the 8th century BC, a Persian or Indian monk named Bodhidharma launched the Zen Buddhism movement which expanded to China, Korea, Japan (Zen meditation), and Vietnam.

In 653 BC, Japan opened its first meditation hall and Japanese Buddhism rose, introduced by a Buddhist monk from Korea. Various forms of Buddhism exist in Japan today, among them Japanese Zen Buddhism. Today, Buddhism is the religion of 90 million Japanese. Zazen is a discipline of seated meditation where Japanese Zen meditation is practiced.

The influence of the Eastern world had an impact on Greek philosophers such as Plato and Aristotle, who developed meditation techniques such as navel-gazing.

As the centuries passed and monotheism rose, each religion adopted views of spirituality in which meditation played a part. The Jewish tradition of Kabbalah, a school of Jewish mysticism, refers to meditation practices for contemplation, while Sufism, a mystical form of Islam, explores meditation under the influence of Indian contemplative meditation.

Ancient texts about meditation were translated into European languages such as German during the 17th century — among them the Bhagavad Gita and the Buddhist Sutras. Buddhism was a topic among intellectuals such as Schopenhauer who claimed that the truth can only be seen through meditation.

Fact 9: The publication of Siddharta and The Dharma Bums

The book Siddharta was written and published in Germany by Hermann Hesse, and later translated into English and published in the US in 1951. The book relates and describes the life of Buddha when he received spiritual illumination — and contributed to the rise of Buddhism’s popularity in the US in the 1960s.

Another influential book, The Dharma Bums, was published in the US in 1958 by Jack Kerouak, leading to widespread interest in meditation and spiritual practices. A Dharma Bum is referred to as “a wanderer of the world in search of Truth”.

Fact 10: The expansion of Vipassana inside and outside of Myanmar

In the 20th century, the Vipassana Movement in Myanmar (formerly known as Burma) helped spread the mindfulness meditation technique known as Vipassana (insight meditation). As one of the most popular and best known forms of meditation in the world, Vipassana spread from Myanmar following the teachings and principles of Burmese monks who taught practitioners to notice sensations in their body and emphasizes sitting quietly on cushions.

Fact 11: The influence of Buddhism ramped up in the US from the early 20th century

Hatha Yoga and Transcendental meditation derived from the Vedic tradition in India were introduced in the 1960s, later gaining popularity in Europe. Transcendental meditation involves sitting and repeating a mantra to reach a state of deep relaxation and sometimes even an out-of-body experience or a state of pure consciousness. In 1971, Swami Rama, a spiritual leader, teacher, and monk, founded the Himalayan Institute, a center for spiritual teachings and meditation well-known throughout the world. The Dalai Lama, the 14th spiritual leader of Tibet, also attracted attention as he uncovered the benefits of meditative practices.

As spiritual practices and meditation expanded across the world, scientific research emerged about meditation.

Swami Rama was one of the first yogis to be examined throughout the 1960s by Westerners. Their findings on his body and mind attracted the scientific community. James Funderburk, who studied Swami Rama, gathered a collection of scientific studies on meditation in 1977, called “The Sciences Studies of Yoga”.

This was followed by evidence of meditation as a “science” notably with the research of Dr. Herbert Benson at Harvard University, who studied the effectiveness of meditation on the body.

Alternative medicine advocate and author Deepak Chopra founded the Chopra Center Meditation center in 1996. However, Deepak Chopra experienced some criticism for “monetizing” meditation and spiritual practices. In 2003, Chopra published a book, The Spontaneous Fulfilment of Desire, which covers how to practice deep awareness in our daily lives. In 2014, Deepak Chopra hosted the largest meditation gathering in the world with over 100,000 meditators.

Today, meditation has evolved from being part of the views of Eastern religions to a modern, scientific technique that has proven health benefits. Around 28 meditation techniques exist today — with their own interpretations and teachings. As the world understands the benefits of meditation, this deep and transformational practice is likely to reach a global audience.

Angel Lebailly is a freelance writer, journalist, and music producer based in Berlin who loves yoga and meditation. 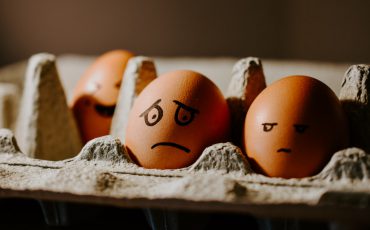 Defining and Preventing Second-Hand Stress in the Workplace

Stress is so contagious, isn’t it? When one team member is stressed or anxious, everyone can notice it and quickly absorb the mood. Think of it as a house of cards; one trembling card could take the whole castle down. Keep reading to discover what second-hand stress at work is, how to manage it assertively, and how to prevent it… 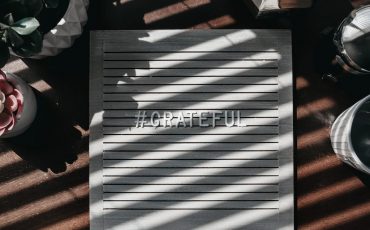 Gratitude Checklist For A Mindful Day

Gratitude is the state of looking at a particular situation -or life in general- from a place of appreciation and contentment. It’s not just an emotion. It’s a skill that we can all quickly develop. In this article, we share a gratitude checklist that will help you get into the habit of cultivating appreciation easily. 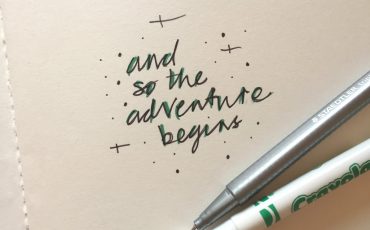 This is the year to…

2023 is around the corner. As we leave a year behind, we begin to make new resolutions for the upcomin year. Here are some resolutions that you can take a step towards in the new year…